I recall being on a jobsite some years ago where I saw an incredible cantilever beam rigging system for suspended scaffolding.  Okay, it was a lot of years ago.  But anyway, it was a 4×4 wood timber about 12 feet long stuck out over the edge of the roof about a foot or so.  On the cantilevered end was a ¾” manila rope hanging down 10 floors.  On the other end of the timber were a couple of bags of sand.  Actually, this wasn’t the incredible part.  The incredible part were the two guys who climbed over the parapet on the edge of the roof down to the platform that was connected to the manila rope.  They were old guys!  Frankly, I didn’t think that anybody that used rigging like this lived long enough to be old.

Fast forward to about seven years ago inChicago.  I was riding the “El” downtown from the airport enjoying the sights when we stopped at a station not far from where my great grandfather built carriages and wagons.  There on an apartment building was a two point suspended scaffold.  Yep, you guessed it; cantilevered timber beams with manila suspension ropes.  Nobody was around at the time so I have no clue what they were using for fall protection but one can only wonder.

Fast forward a couple of years to a few years ago.  Mom, being the conscientious mother she always was, liked to take pictures of various scaffolds and send them to me.  She got pretty excited when she discovered that there was a scaffold hanging on the side of her building where the masons were tuck pointing the walls.  I got pretty excited when I saw the pictures and noticed that the guys were hanging by frayed manila ropes—well actually the scaffold was hanging by frayed manila ropes, and these guys had no fall protection!  Incidentally, the masons got pretty excited when Mom told them I taught OSHA safety.  You gotta love moms.

What’s the point here?  Well, first Mom was quite a person.  Second, it’s amazing that after 35 years of OSHA regulations, we still have workers using suspended scaffolds that are not only unsafe but don’t come close to complying with safety standards.  I’m not suggesting that you can’t use manila rope or wood; I am saying that you must know what is safe and not safe before jumping over the side of the building.

Outrigger beams are always an interesting subject because of the ingenuity of the erector.  My observations over the years have taught me that some people just have no clue about loads, forces, and what is safe.  Take counterweights for example.  Sand bags and other similar flowable weights are just not a good idea if the contents can flow out.  A cantilever beam without a counterweight won’t be a cantilever very long.  How about brick and block.  This type of counterweight seems to be appealing due to its availability and ease of handling.  Might be appealing but what happens when the mason decides he needs your counterweight to complete the wall, or worse yet, your clever counterweight falls off your clever beam.  I suspect you won’t feel so clever.  There’s a reason we want purpose built counterweights of known weight with a mechanism to positively attach them to the beam and it isn’t to make the system more expensive.

The cantilever beams, also known as outrigger beams, brings out the creativity of supposed rigging experts.  I suspect that some of these renown experts assume that if it is made of steel and looks like an “I” beam, then it should work.  What they apparently don’t understand are things like the bending stress, stability, section modulus, unbraced length and other slick engineering concepts that determine the suitability of a beam for a given situation.  Can you use wood?  Of course you can, if the compression perpendicular to grain, the bending stress, unbraced length, and the section modulus are within safe limits.  Don’t know how to determine those things?  Then don’t guess.  Same holds true for steel or aluminum.  What about the portion that sticks out beyond the face of the building.  Some erectors assume that if it doesn’t bend too much and appears to be safe, it must be safe.  Don’t be so hasty in making that snappy decision.  A steel beam can take a lot of punishment before suddenly failing.  I’ll bet you wouldn’t want to be relying on that beam when it decides not to support you anymore.  The longer the cantilever, the more complicated the situation becomes.  Stresses and factors that are insignificant with small cantilever become critical factors in longer cantilevers.  Again, if you aren’t aware of these changing factors, don’t tempt fate.

The Scaffold Industry Association (SIA) publishes suspended scaffold safety codes and survey sheets that can be used to calculate the magnitude of the counterweight for a given cantilever and load.  This is good information to have for an outrigger system; but it is only one part of the required analysis.  Don’t forget that beam.  After all it’s what keeps you swinging.

Do You Know Suspended Scaffolds?
By David H. Glabe, P.E.

The Power of the Beam
By David H. Glabe, P.E. 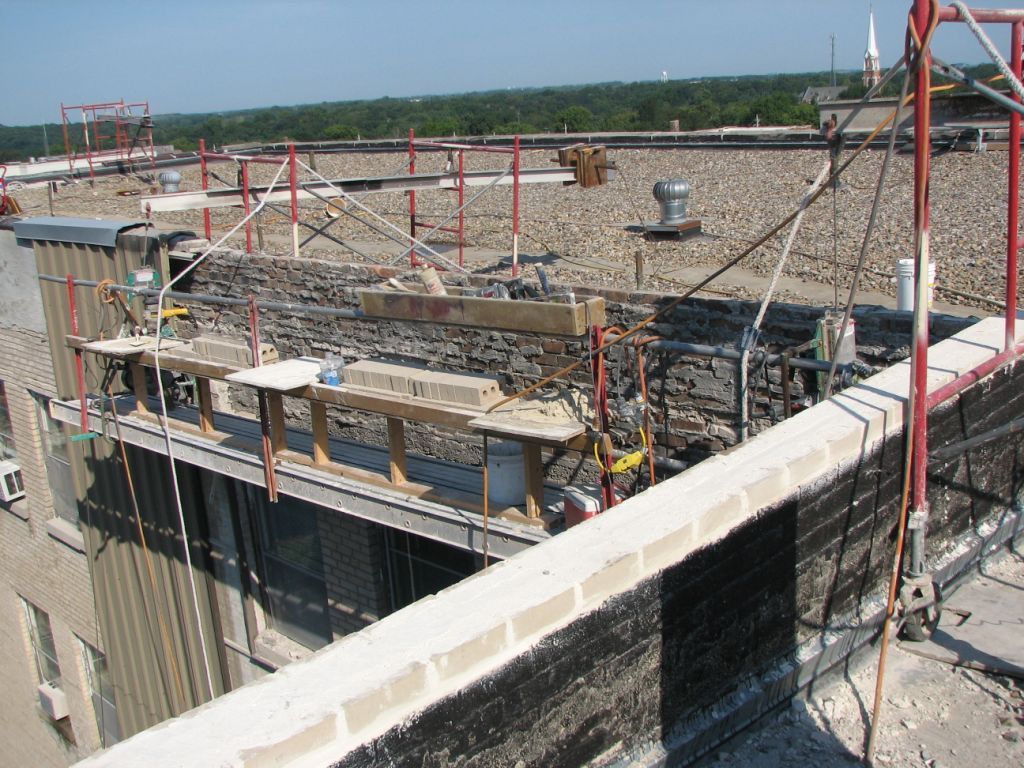